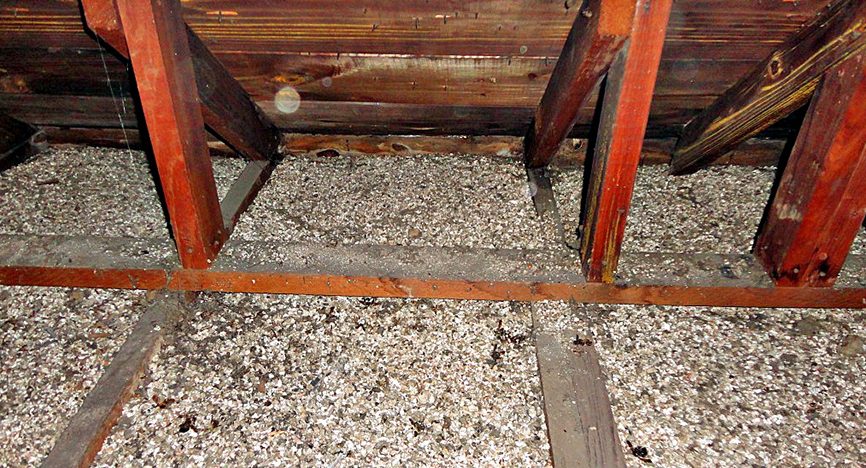 Recently, Dust In Case addressed the topic of using an industrial vacuum cleaner to remove insulation. In some instances, safely removing the material from your attic or building requires additional care and precautions due to the dangerous nature of vermiculite and the potentially inclusive asbestos, two substances that in the past were heavily used to create insulation materials. Here is what you need to know about them, and how an industrial vacuum system can assist you in safely handling and removing vermiculite from your space…

Vermiculite is a naturally-occurring mineral that when heated to a high temperature, expands to as much as 8 to 30 times its original size. Expanded forms of vermiculite are light-weight, fire-resistant and odorless, making it an ideal material used for attic and wall insulation inside houses and buildings. Vermiculite appears in the form of pebbly or porous shiny flakes.

Why Is Vermiculite Hazardous?

During the years 1919 to 1990, a mine in Libby, Montana was the primary source of more than 70% of the vermiculite being sold within the United States under the brand name Zonolite. The same mine also contained deposits of asbestos, thus contaminating all of the vermiculite being harvested there, as asbestos has since been discovered to include toxic properties linked to cancer and respiratory issues. Anyone who has vermiculite insulation in their building today should assume that it is contaminated with asbestos.

What If You Have Vermiculite Insulation?

According to the United States Environmental Protection Agency, they recommend that you follow these safety measures if you discover that your insulation is made from vermiculite:

By informing yourself about the hazards of vermiculite and asbestos alongside the proper equipment to safely remove these dangerous substances, you will not only make a cost-effective decision to remedy the issue, but keep yourself and those around you safe as well. If you have any questions about picking a vacuum for vermiculite removal, Dust In Case would love to hear them. Let us know in the comments section below.