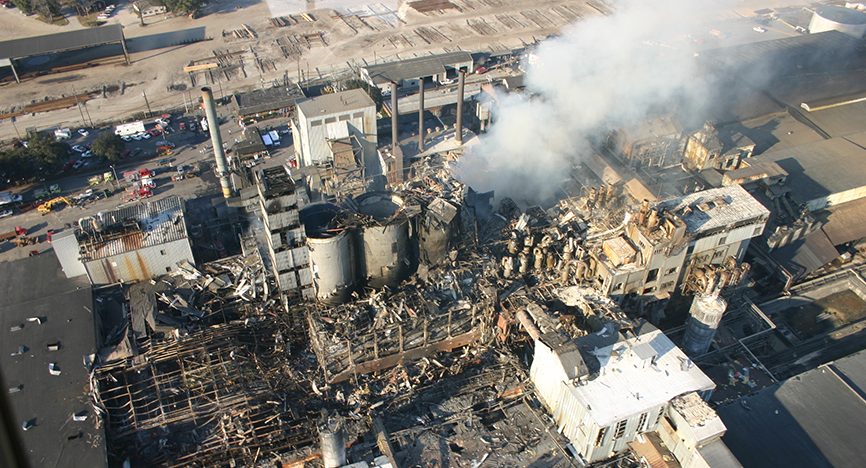 The Imperial Sugar refinery explosion in Port Wentworth, GA was one of the worst combustible dust explosions in United States history, yet few measures have been taken to better worker safety inside industrial environments. A Californian congressman has marked its fifth anniversary by going to bat for them with a brand new bill he hopes will improve conditions at industrial sites across the country. U.S. Rep. George Miller (D) is a ranking member of the House Education and the Workforce Committee, and is calling his bill the Worker Protection Against Combustible Dust Explosions and Fires Act, H.R. 522. Its intent is to force OSHA to put together a standard that would regulate combustible dust inside industrial environments. According to Occupational Health & Safety, it specifically wants to…

• Streamline OSHA’s process for issuing an interim standard and direct OSHA to issue an interim final combustible dust standard within a year
• Direct that the standard include requirements for housekeeping, engineering controls, workers’ training, and a written combustible dust safety program
• Apply relevant National Fire Protection Standards, including NFPA 654, that call for dust control
• Direct OSHA to issue a final standard within 18 months and require it to include relevant parts of NFPA standards

Rep. Miller’s also plans on putting forth a final measure that would include building design, explosion protection and hazard assessment. Calling these “basic protections,” the congressman referred to a recent study by the U.S. Chemical Safety Board’s Study that shows there were 281 combustible dust incidents between 1980 and 2005. 119 workers were killed in those accidents, several hundred were injured and extensive damage was incurred at industrial facilities.

Dust In Case will be sure to continue following Rep. Miller’s efforts. In the meantime, be sure to check out our resources section where you can find more information, guides and tips on how you can combat combustible dust in your workplace.