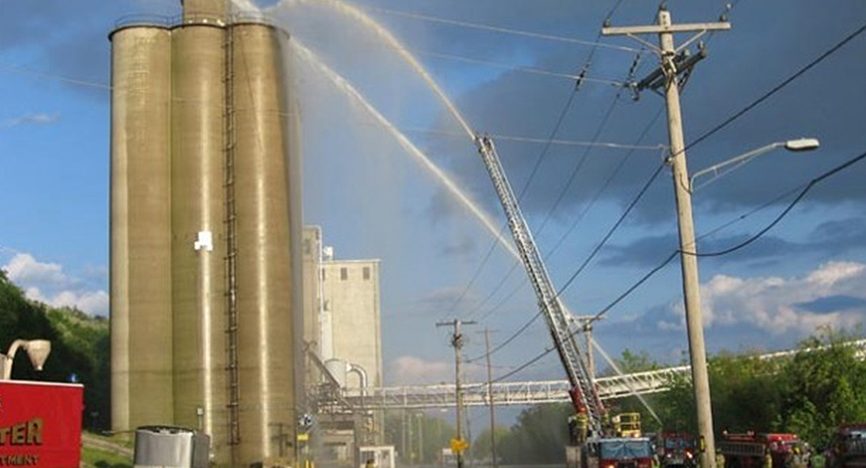 On April 27, 2010, the small industrial city of Chester, Illinois made headlines after a combustible dust explosion at the ConAgra Foods plant rocked its foundation. Aside from the extensive destruction and immediate production loss that this catastrophe caused to one of the nation’s leading food manufacturers, the greatest tragedy of all was the severe injuries suffered by three men working near the grain elevator where the accident occurred. John Jentz, Justin Becker and Robert Schmidt were not actual employees of ConAgra, but were contracted to remove a concrete grain bin from the silo. Jentz suffered burns over three-fourths of his body, requiring various surgeries and skin grafts, while Justin Becker sustained burns to his face, hands and eyes on top of permanent heat-related damage to his lungs that has since forced him to lead a sedentary life. The third man, Robert Schmidt, also received life-threatening burn injuries as well. Now, a federal judge is awarding the three $180 million paid out by ConAgra and their sub-contractor Westside Salvage Inc. after finding that ConAgra failed to heed advice on proper safety and housekeeping measures which could have otherwise prevented this accident from happening.

According to the lawsuit filed against ConAgra, the victims’ attorneys argued that the food manufacturer failed to clean the bin for nearly two decades, irresponsibly maintained wheat middling pellets within the silo and didn’t take precautions to protect and warn workers about hazardous conditions despite having this information available to them. The court was also told that a chemical reaction occurred more than a week before the April 27, 2010 explosion which resulted in detectable rising temperatures within the silo and a strange odor that even residents nearby the southern Illinois facility could smell. And yet, ConAgra made no mention of this to Jentz, Becker and Schmidt before they made their way inside the silo to remove the grain bin.

The $180 million payout arrives on top of various citations, fines and public reprimand levied by OSHA against ConAgra over the incident. What can be done to prevent other food and grain manufacturers from falling into the same pitfalls is not so difficult, as it’s just a matter of educating them on combustible dust hazards and emphasizing the importance of acting on potential risks. The failure to implement a housekeeping program and follow OSHA guidelines is at the core of the ConAgra story, serving as yet another stark reminder as to why explosion-proof vacuum systems are the first step in keeping industrial environments just like this operating safely. With the certified capability to remove these overlooked hazards on the work floor, the simple action of cleaning surrounding dust can ultimately avoid a much larger and serious danger altogether