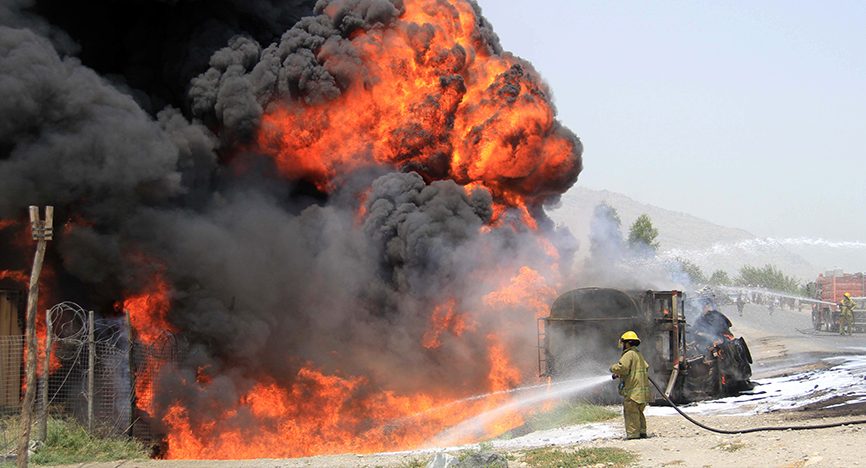 A metal dust blast inside of a Chinese automobile parts factory will go down as one of the most fatal combustible dust accidents in recent memory worldwide. It happened on August 2nd when, as Woodworking Network reports, dust being produced at the Kunshan Zhongrong Metal Products Company in Kunshan city during the polishing process of aluminum car wheels started a fire. The blaze subsequently created an explosion in the facility that destroyed nearly all of its roof, but not before leaving at least 75 workers dead and 185 more injured.  A report over at Bloomberg News says that a severe negligence for combustible dust housekeeping created an atmosphere where the dust was so thick on the work floor that it “seeped through” workers masks, coated their skin and allowed the fire to ignite and burn their bodies.

Since the explosion, hundreds of other factories in eastern China have had production shuttered in light of inspections leading to crackdowns of similar unsafe conditions throughout the manufacturing industry. The fallout from the accident may potentially have an impact beyond companies in China as well, as Zhongrong sold these auto parts to Citic Dicastal Co., a global supplier to General Motors Co. here in the United States. The Bloomberg article states that “while Zhongrong was an indirect supplier, GM requires all its direct suppliers to source from companies meeting appropriate standards.” GM President Dan Ammann has gone on the record saying it’s “too soon to tell” if GM will change its standards on safety monitoring for indirect suppliers, however. Unfortunately, lower safety standards as well as less desirable work conditions in China make combustible dust explosions in the country a more common occurrence than they are in the United States. The State Administration of Work Safety cites that 644 “large” category accidents happened during the first seven months of this year alone in China, killing 2,695 people.

Aluminum dust like the kind being processed in Kunshan in particular presents a more delicate need for combustible dust safety, as this application is very intense, unstable and requires the use of an immersion separator vacuum. Immersion separator vacuum systems safely collect and neutralize aluminum, titanium, magnesium, zirconium, mixed metals, sodium azides, TNT, high explosives and other volatile dusts. They then submerge 100% of the intake air into liquids, safely ruling out the possibility of an outside ignition source from entering the vacuum. In addition to properly training workers on combustible dust hazards and practicing thorough housekeeping, an accident like the one in China comes with a universal safety warning for American facilities to take into account the bigger picture when working with combustible dust.