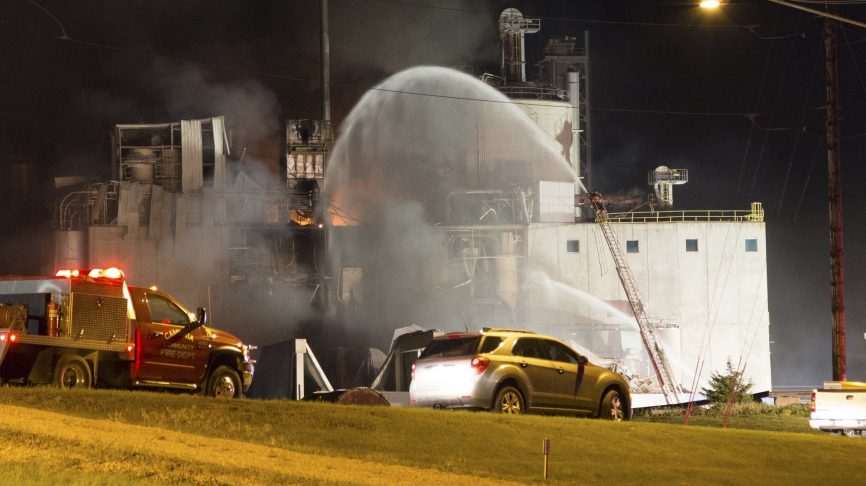 On May 31st, an explosion rocked the Didion Milling Plant in Cambria, Wisconsin. The blast killed four workers and injured 13 others. This wasn’t the first time that the grain mill’s safety infrastructure had come under focus. In 2011, the plant was cited by OSHA for failing to equip its facility with equipment to protect against ignition and the explosion of dust from grain accumulating inside the mill. Records show Didion settled a $3,645 fine, and the case was closed in September of 2013. Since then, OSHA hadn’t cited the facility for any issues, but the events of May 31st are once again bringing forth conversation about the need for greater emphasis on combustible dust safety and a standard for all industries guided by OSHA.

Currently, OSHA standards to limit combustible dust standards apply to the grain industry, but the agency has been working on a new regulation that would apply to a broad range of industries, such as food manufacturing, wood, rubber and plastics, since 2009.  According to OSHA’s official website, there have been more than 500 explosions, nearly 200 deaths, and close to 700 injuries over the past 35 years across the nation’s grain-handling facilities, with grain dust being cited as the main culprit behind these incidents. A general industry dust standard would assist in the prevention of further tragedies across the board like those which happened in Wisconsin,  but recurring delays in finalizing a new regulation has halted its progress.

This puts a greater burden on employers and their workers to educate themselves on combustible dust hazards, and equip their facility with the right equipment to safely reduce the risk of a combustible dust accident. Here at Ruwac, we understand that safety has no compromise, and stress the responsibilities manufacturers and facilities working with combustible dust should enact on to prevent accidents from occurring, including educating and training workers. Ultimately, an understanding of safe housekeeping and using the right explosion proof vacuum cleaner is your front line defense in combustible dust explosion prevention.