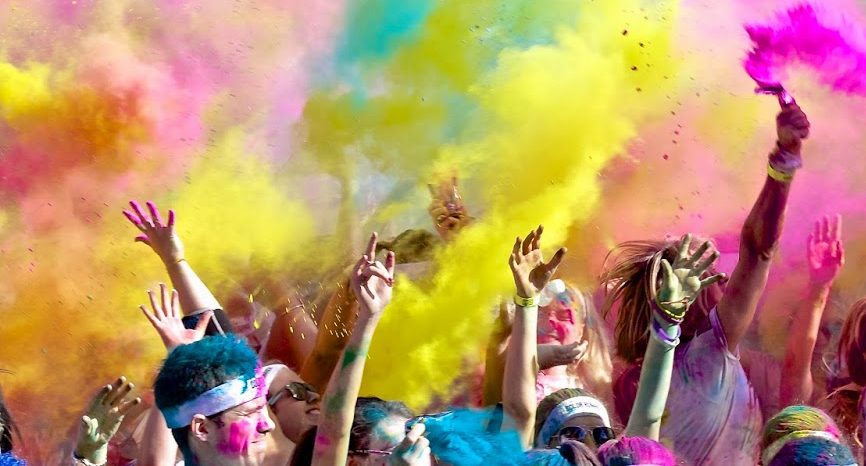 Color runs have become a fun and wildly popular way to promote fitness across North America that you’ve probably seen filling up your friend’s social feeds in recent years, but a recent combustible dust accident may be forcing athletes to think twice before lacing up their sneakers and throwing on an all-white outfit in hopes of finishing a 5k with flying colors. The NFPA recently brought to light a June 27th tragedy at a Taiwanese water park after the colored powder readily used to cover athletes in fluorescent hues caught fire, resulting in 11 deaths and 500 injuries, including those who sustained serious burns all over their bodies.

What many people do not realize is that the powdery substance sprayed onto runners during these races is usually made from cornstarch, a noted highly combustible dust. An environment such as an outdoor run provides an ideal scenario for a combustible dust explosion thanks to the presence of oxygen (especially when temperatures are warmer) and the always present threat of an ignition source. In this case, it is believed that a cigarette or the generation of a static charge from the compressed air cylinders that disperse the powder sparked the dust fire, and ignited at the feet of the crowd.

It’s not yet known how the color run industry will react to this event on a global level, but what is known is that the tragedy at the Taiwan water park could have been prevented had organizers been educated on the material’s dangers, and taken proper safety precautions in providing a dust-free environment for athletes. Why a material like starch was being sprayed onto a large crowd in the first place is baffling, as it’s one of the most widely known forms of combustible dust. Color runs will likely have to find a non-flammable alternative to brighten their athletes’ days at future events if they want to quell safety fears. Until then, combustible dust education, taking advantage of available resources, and putting together a safety game plan are the bare minimum an industry should be doing to protect the public.