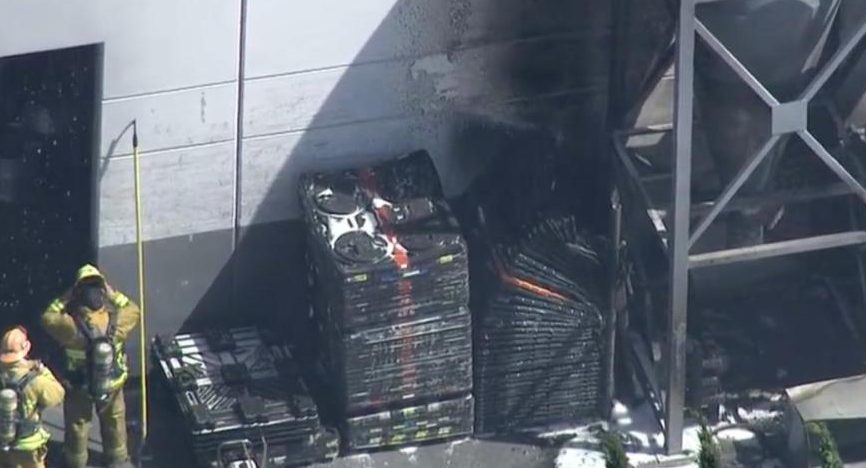 A fiery explosion caused by an accidental spark at the Gorilla Polishing Corporation in the Los Angeles suburb of La Habra, California took 50 firefighters to extinguish and comes with yet another cautionary tale about the effects of  combustible dust housekeeping negligence, as it has left 11 workers injured — two of which are listed with critical burns over 90% of their bodies – alongside $1.5 million in damage. Specializing in wheel polishing and the chrome plating of aluminum, steels and brass, metal dust is likely prevalent within Gorilla Polishing’s workspace and gives good reason as to why investigators are currently eying an accumulation of dust and lint within the facility’s duct system as the culprit behind the blast.

Not making matters any less difficult for Gorilla Polishing, this isn’t the first time they have been investigated for safety violations, as the Los Angeles Times mentions that the California Division of Occupational Safety and Health found seven violations there in 2011, including “failing to monitor for airborne contaminants, to establish an injury and illness prevention program and to provide information to employees about hazardous substances.” According to Cal/OSHA records, Gorilla Polishing paid $1,975 in fines in a settlement, and the case was closed in January ’13. Unknown right now is whether a safety violation did occur in this latest instance. The OC Register reports that an investigation could last for several months, which will including talking to witnesses, reviewing training documents, ensuring the right equipment was used and was done so in according to safety requirements.

While it’s not yet known what dust removal equipment, if any, Gorilla Polishing was using to remove metal dust, their application in particular is a very intense, unstable combustible dust that would require the use of an immersion separation vacuum. Immersion separation vacuum system can safely collect and neutralize aluminum, titanium, magnesium, zirconium, mixed metals, sodium azides, TNT, high explosives and other volatile dusts. These vacuum systems submerge 100% of the intake air into liquids, safely ruling out the possibility of an outside ignition source from entering the vacuum  (such as the spark that set off this blast.) In addition to properly training workers on combustible dust hazards and practicing thorough housekeeping, an accident like the one in La Habra could have been prevented. For those in a similar industry as metal polishing looking to take away some food for thought from this,  proactively taking the above steps will be a big one in safeguarding both your workers and your business.